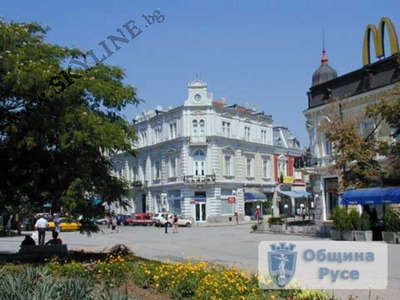 Due to its strategic location on the right shore of the Danube river Rousse has always been the Bulgarian door to Europe. Still in ancient times it was one of the main bases of the Roman navy on the lower reaches of Danube, called Sexaginta Prista (port of 60 ships). This Roman port was completely destroyed in 6.-7.century.

The first medieval settlement was built in the 10.century, 30 km to the south of the old Roman fortress. It was named Roussi, probably related to the word "rouss" meaning as much as blond.

The first printing press in Bulgaria was imported from Vienna in 1866 also by order of Mithad Pasha.

On the eve of Bulgaria's liberation from the Ottoman government Rousse already was a modern European town.

Today Rousse is the fourth biggest settlement in Bulgaria and an important university town.