Varna is a host city

of the swimming marathon 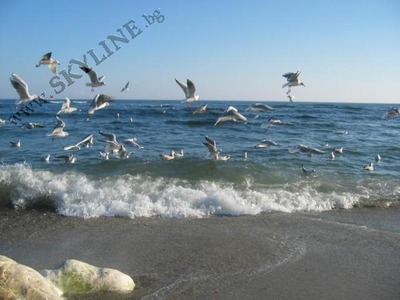 Varna will be the host city of a round of the swimming marathon World cup. This was stated during a press conference by the director of the marathon Valentin Milkov. The competition will take place on August 8th. Bulgaria will host an event of this scope for the first time. Elite swimmers from twelve countries (Azerbaijan, Denmark, Germany, Croatia, France, Belgium, the United Kingdom, the Netherlands, New Zealand, USA, Chile and Bulgaria) will participate in the swimming marathon championship. Applications for participation can still be sent and more teams are expected to join the competition. The championship is organized with the co-operation of the Naval forces of Bulgaria, the Sea administration – Varna, “Border police”, the Bulgarian federation for swimming sports and the Swimming club “Cherno more – Armeets”.

Varna is a host city
of the swimming marathon
Varna Airport expects
1,200,000 passengers this year
The Sea Garden in Varna
with Dinosaur Exhibition
The “Blue zone” in Varna starts operation in May
200 parking lots in the top centre of Varna
Payment for a property in Bulgaria shall be performed through the bank
only
At transactions a Declaration of Conformity is to be completed
Roman baths in Varna
will be partially renovated
Property in Bulgaria could pay a retirement
Bulgaria has become increasingly popular with property investors, Miranda John, manager of the independent mortgage broker Savills Private Finance, said.
Construction of the 300-million-euro Perelik Tourist Centre to begin
in autumn
The first phase of Perelik Tourist Centre's construction is set to begin this fall, representatives of the investor, the local Sports and Tourism Centre Perelik, announced, as quoted by Dnevnik Daily.
Interest-only euro mortgage aimed at Bulgaria investors
Property investors thinking of expanding their portfolio to include homes in Bulgaria are being targeted by a new mortgage product from the UK branch of one of Greece's biggest finance institutions.
Bulgarian house prices 'will continue to grow'
House prices in Bulgaria have risen by more than quarter since last year and further increases are expected over the coming months, one expert has said.
Bulgarian property market 'set to continue on upward trend'
Property prices in Bulgaria are rising fast as foreign investment continues to climb, a European news site has reported.
Bulgarian Property Market Insight
At the present time there are only three golf courses in the whole of Bulgaria: one at Elin Pelin, near the capital, Sofia, and two owned by Air Sofia.
Prosperity in the Bulgarian Property Market: How Much Longer Can it
Last?
Bulgaria has supported a booming property market that for 4 years and attracted a multitude of European and American investors, many of whom have chosen to remain in the market and make subsequent purchases.
500% profit return in Five Years investment in Cheap Bulgarian
Property
An article on how to make 500% profit return in five years by investing in cheap property now in Bulgaria before its too late.
Why Bulgaria Should Be At the Top of Your Destinations List
A discussion of Bulgaria, where it is and what it has to offer as a country newly emerging on the tourist and investing map.
Play Golf in Bansko, Bulgaria
Golf in Bansko, Bulgaria is a great activity to do during the warmer months. Find out why ...
Apartments In The Luxirous Districts In The Capital Of Bulgaria With
Record-breaking Rise Of 33 %
The studio and one-bedroom apartments has raised their price with record -breaking increase of over 33 % in the prestigious quarters in the capital of Bulgaria Sofia, during 2006,the data of the last investigations has pointed the fact.
Golf Resorts In Bulgaria Attract Investors And Property Buyers
Golf projects have been worked out in Balchik, Kavarna ,Sunny Beach, Burgas, Dolna Banya and Razlog and soon they will count many in our country.
Properties in Bulgaria after January 2007 - expectations and forecasts
What to expect with Bulgaria joining the EU in the field of real estates?
Read more articles