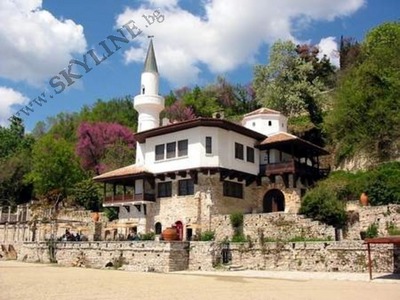 Balchik is situated in one of the most picturesque gulfs on the Northern Black Sea Coast, 50 km to the north of Varna, 17 km to the south of Kavarna.

In the 5.century BCE it was a Greek colony named Crunoy (spring) because of the large number of springs to the west of the town. Later it was renamed Dionysus polis as a marble statue of the Greek God Dionysus was found in the vicinity of the town. Today's name Balchik is supposed to have been derived from Balik – the name of one of the town's rulers.

In 1913 the area around Balchik was ceded to Romania and remained under Romanian government till 1940. In this period was built the Palace of Balchik – today one of the most attractive places for visitors. In 1921 the Romanian Queen Maria paid a short visit to the recently integrated province and fell in love with the beauty and quietness of the area. Subsequently she bought large plots of land and got a summer residence built on them. The residence (today the Palace) was called Quiet Nest. In 1961, 20 years after Balchik was given back to Bulgaria, the state purchased the Palace from Romania and since that time it is Bulgaria possession.

The most impressive part of the one-time summer residence of the Romanian queen is thе Botanic Garden. It is spread over an area of 65 000 sq m and has above 3000 plant species. Balchik Botanic Garden is very popular for its collection of big cacti, which is the second of its kind in Europe after Monaco.